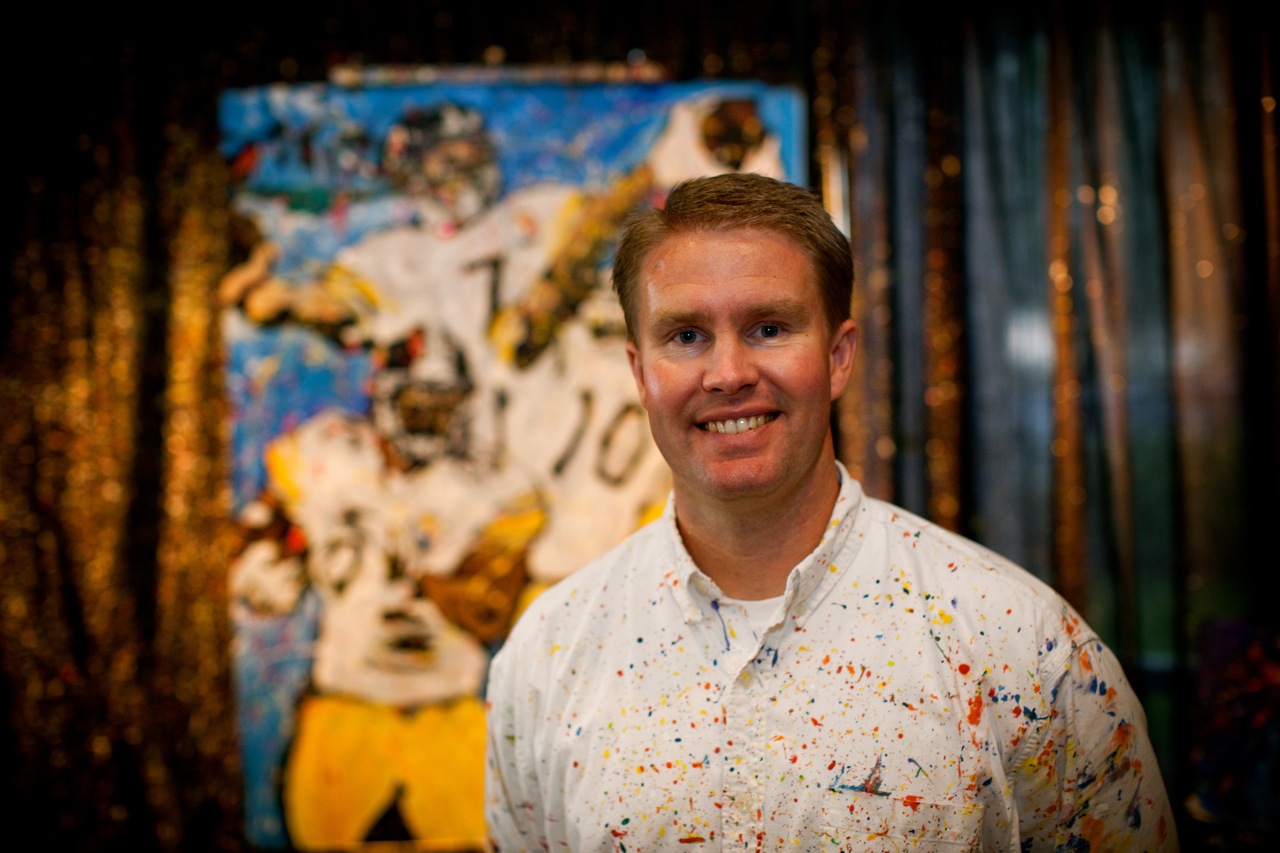 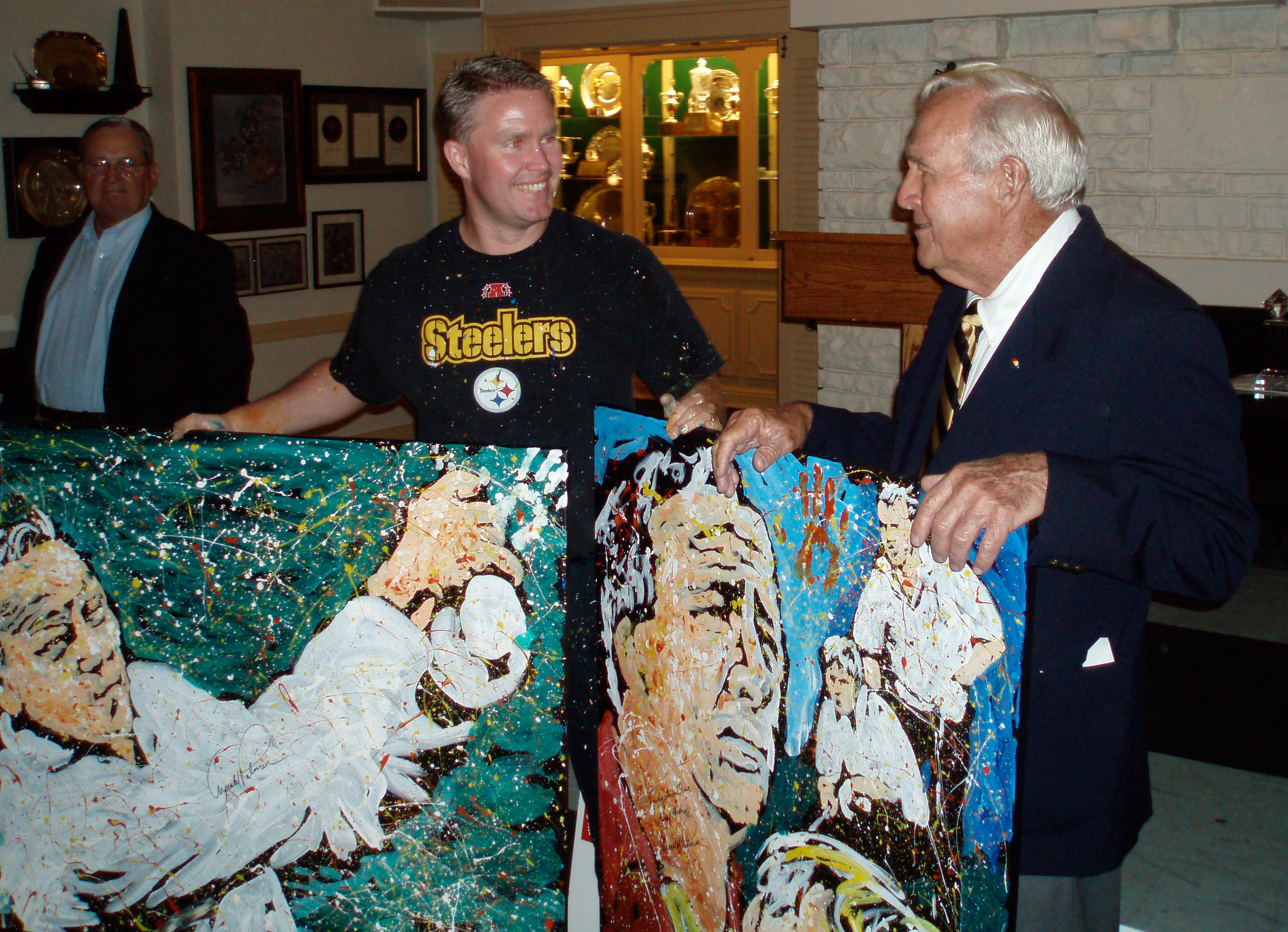 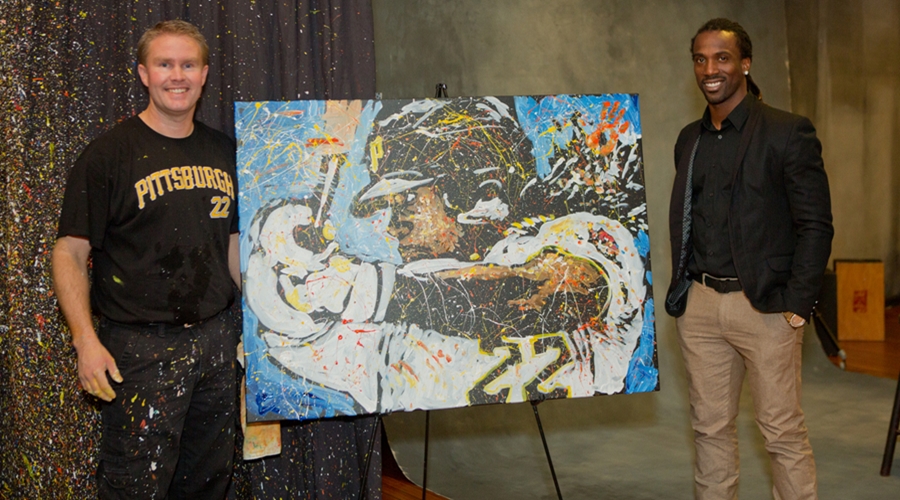 George & Andrew McCutchen of the Pittsburgh Pirates at a fundraising event. Cutch loved this painting so much, he commissioned one for himself!

George can bring Pittsburgh sports stars to life right before your eyes! 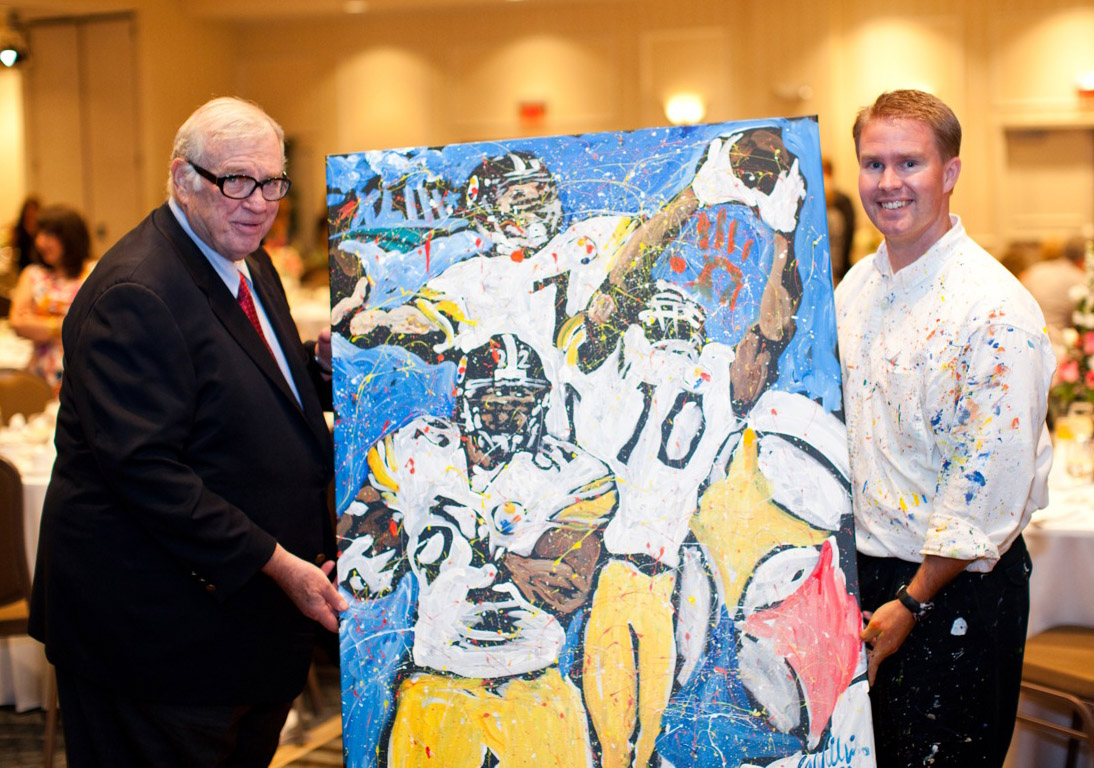 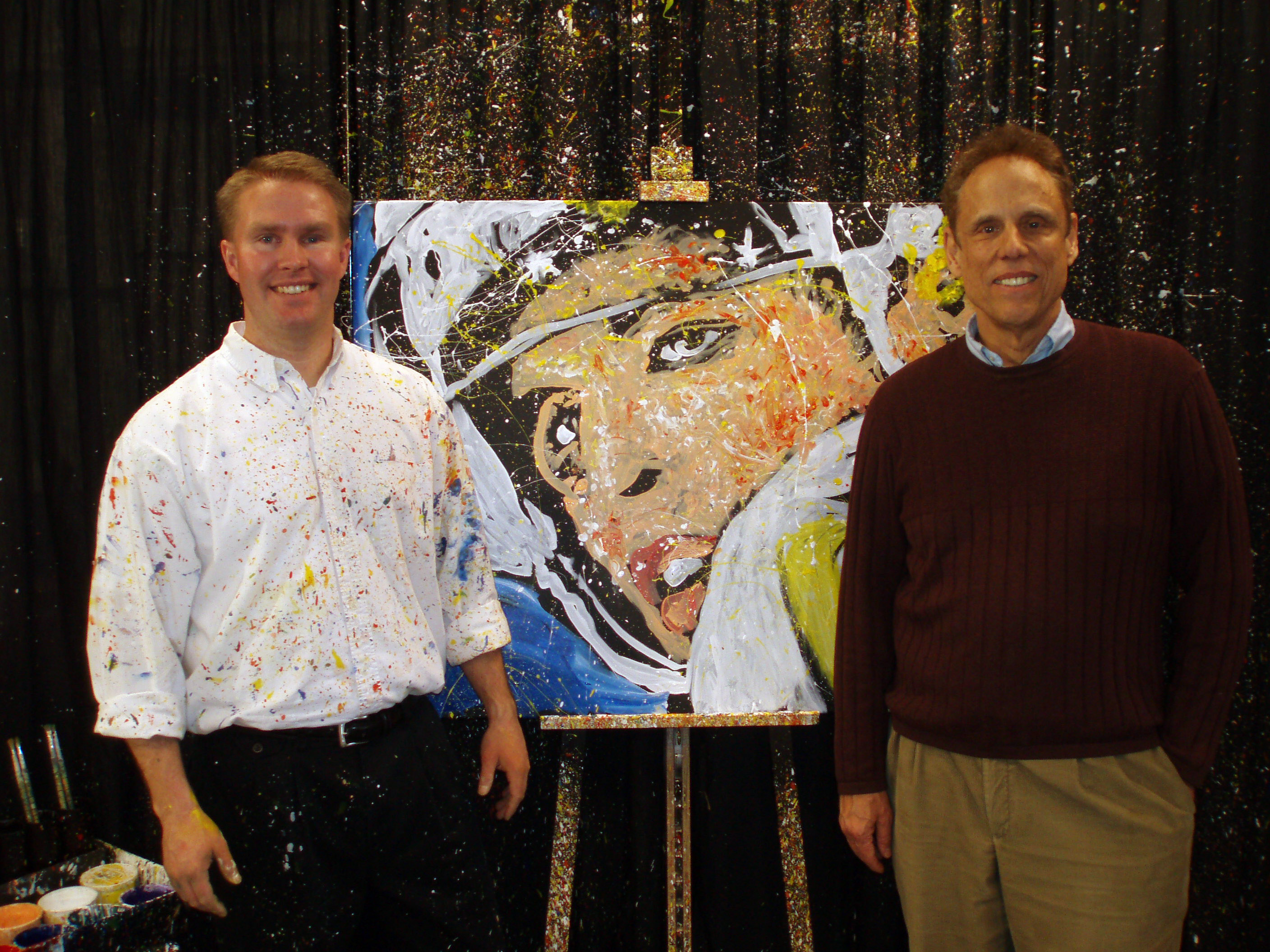 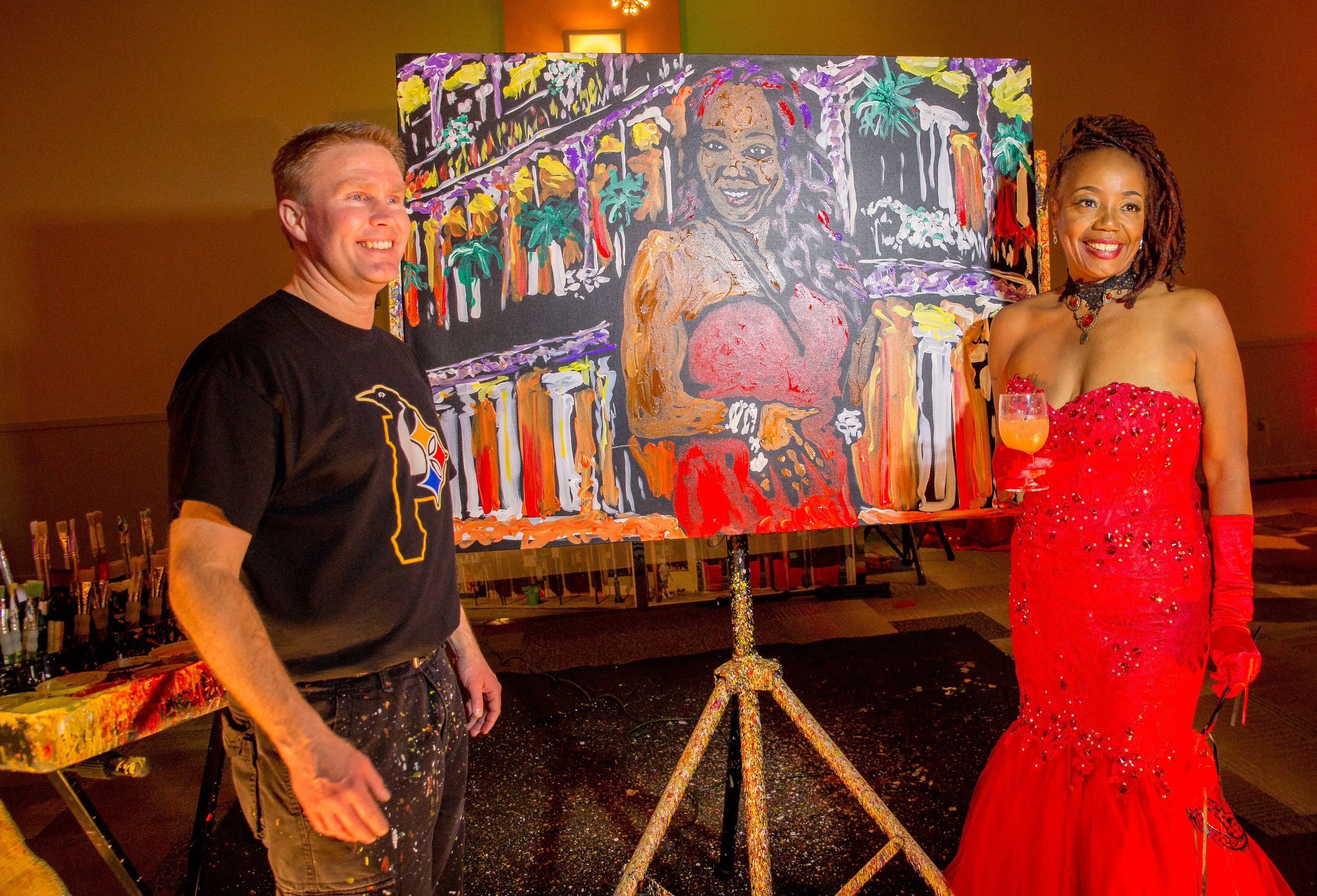 George captured the birthday girl in this gorgeous custom painting – it was the hit of the party! 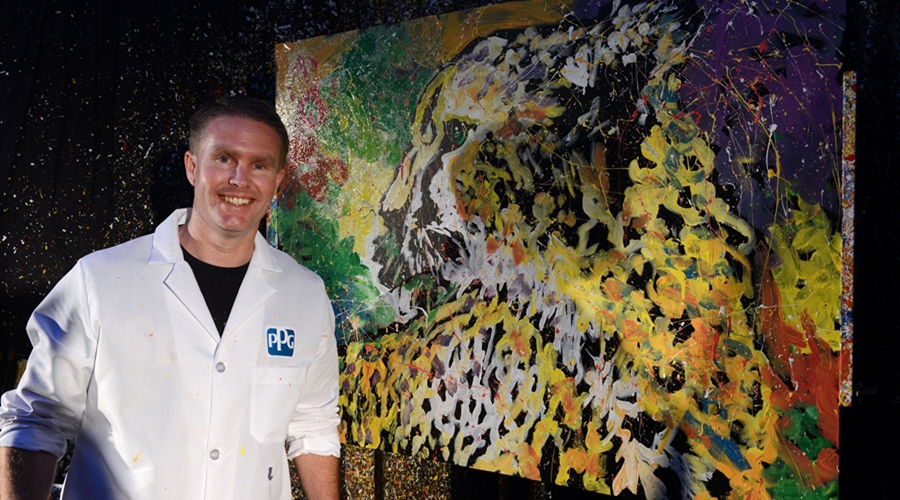 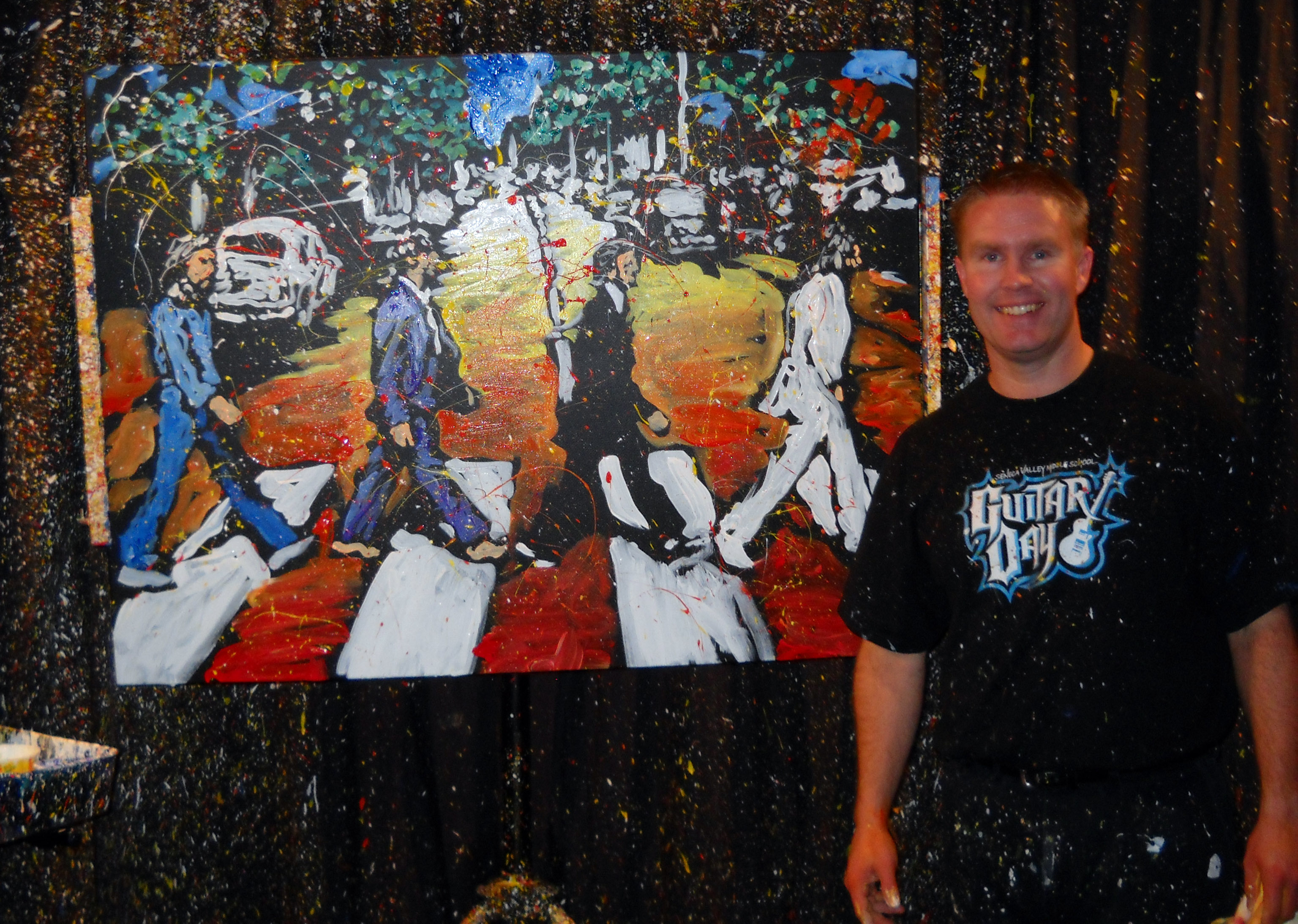 Speed Painter George can capture the iconic Abbey Road by the Beatles. 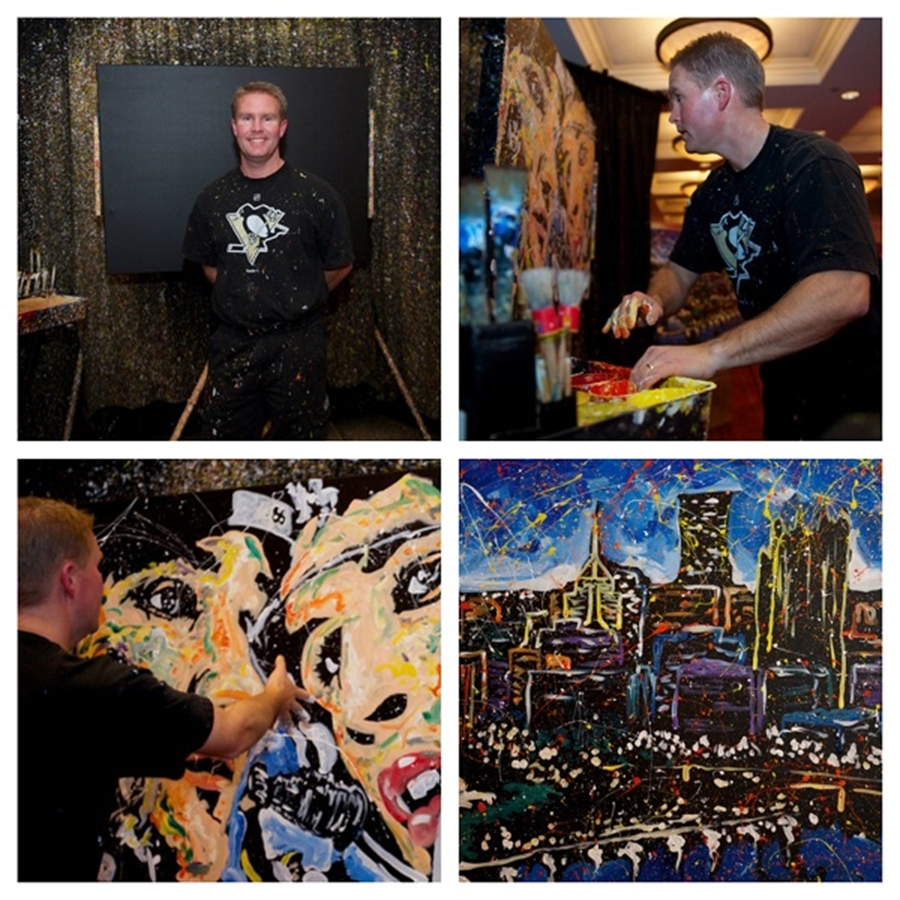 From Pittsburgh skylines to Pittsburgh Penguins, George's paintings are original and unique creations! 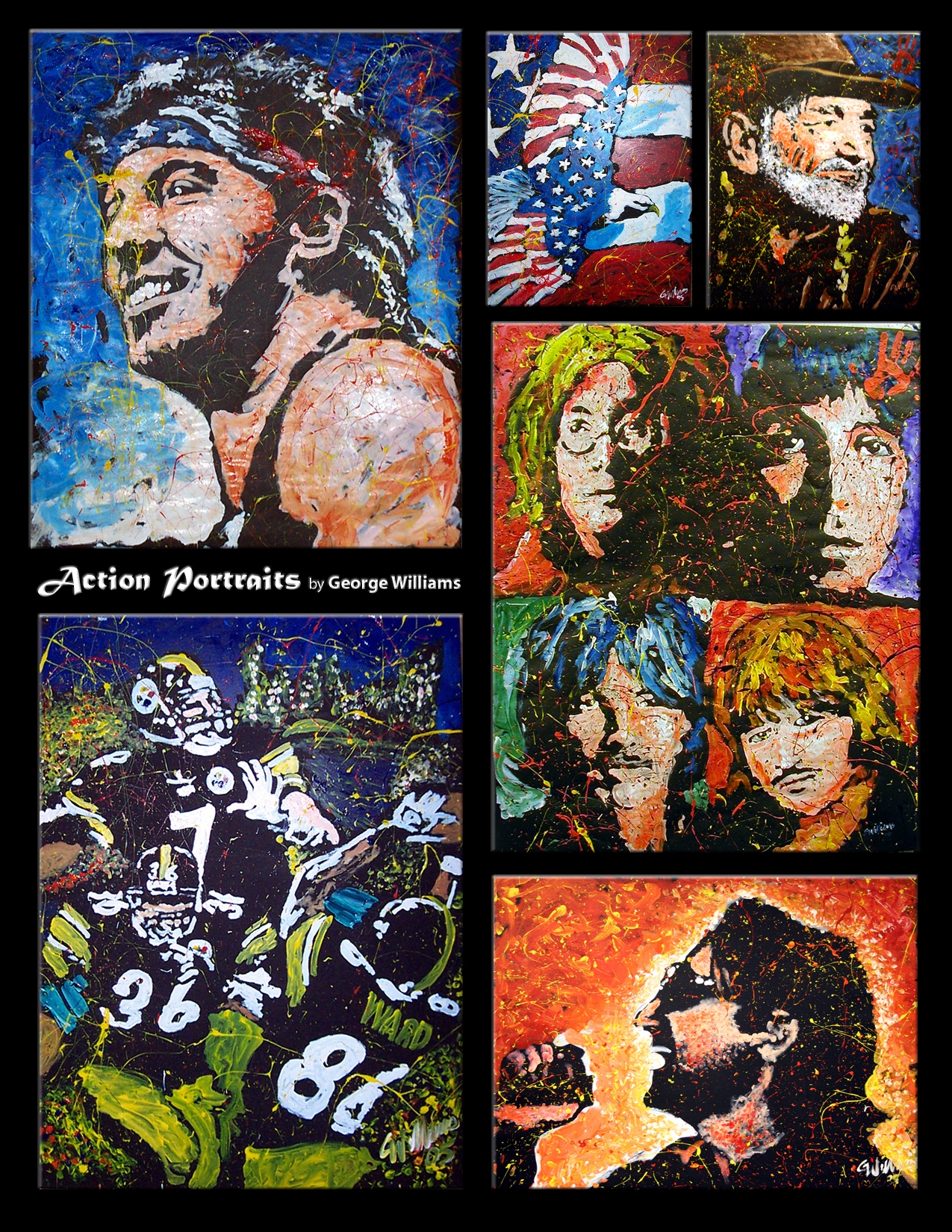 George Williams is one of the most sought-after entertainers in his hometown of Pittsburgh and beyond. Back in 2002, as an art teacher at Seneca Valley High School, George created the Art Madness program (painting large portraits to upbeat music in a short period of time) to inspire his students.

The display was such a success among the students that word began to travel around the community, which resulted in performances outside of the classroom. George has since moved on to perform for hundreds of fundraising organizations, corporate events, and community affairs, painting a wide variety of images including rock stars, sports figures, portraits of honored guests, images of company buildings and event logos and themes.

An exciting, live speed-painting show by artist George Williams, with his creation of large portraits to a music soundtrack, finishing a single portrait in the length of three to five songs and completing one to three paintings within 60 minutes. The 3-ft. x 4-ft. size original pieces of art are yours to keep – his paintings have been auctioned off, given as gifts and won by guests attending banquets in a raffle ticket drawing. Choose from his catalog of hundreds of stock images, or have him customize a painting for you. 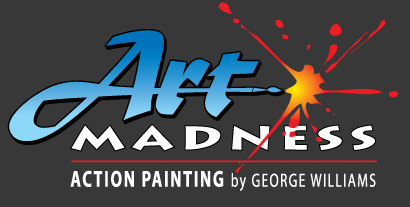 Providing entertainment for corporate events, colleges, conventions and private parties across the country.
Follow Us